LYME DISEASE AS THE CAUSE OF MULTIPLE SCLEROSIS 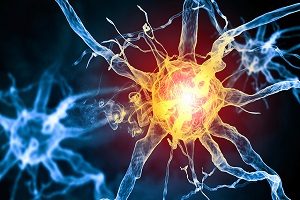 Multiple sclerosis is an inflammatory demyelinating disease characterized by impairment of nerve conduction. During its development, there is demyelination of the nervous tissue in inflammatory processes and permanent damage to the pathways of impulses and disruptions leading to disability. A similar picture can be observed in neuroborreliosis and indeed the cause of multiple sclerosis may (but doesn?t have to) be an infection with the Borrelia bacteria.

What if the infection with Borrelia caused such serious disturbances in the body that it resembled multiple sclerosis?

First and foremost, treatment for Lyme disease should be undertaken. Removing the epidemiological factor is the basis, because it is the cause of disease progression. Removal of Lyme infection will stop the disease progression. However, demyelinating processes and autoimmune disorders, which are observed in this type of diagnosis may be problematic, as well as disorders at the cellular level, above all disturbances in the work of mitochondria. Not every neuroborreliosis is affected by such serious changes, but if in the magnetic resonance imaging the demyelination of neurons is observed, it is necessary not only to remove the cause of the disease, but also to focus on the regeneration of the nervous system and the whole organism. Removing the infective agent in the form of Borrelia bacteria does not guarantee that all previous symptoms, and above all the damage that so far arose in the nervous system, will be withdrawn. Very often people suffering from neuroborreliosis after removal of the infection notice a number of troublesome symptoms from the nervous system and weakness of the body. So let’s remove the infection, but let’s not forget about the silencing of autoaggression and inflammatory processes, regeneration of the body, also at the cellular level.

There are many directions to remove infections, but there is little talk about what to do to regenerate the body and repair the damage caused by the previous illness. Knowledge about this subject is still little propagated. Therefore, it is worth using knowledge about demyelinating diseases and autoimmune diseases to help in recovery. The disease is complex and our action should be complex and multidirectional.

Dr Wahls has an interesting approach to demyelinating and autoimmune diseases. According to Dr Wahls, you should start changing your body, repair it from scratch. She pays special attention to mitochondria as energy centers of our body. She also makes us aware that all the symptoms that accompany demyelinating diseases have their onset at the cellular level:

In summary, MS diseases are perceived as a disorder of the body’s work and its regulation can be a remedy. According to this concept, mitochondria should be weighed down, hypersensitivity of antibodies should be reduced, deficiencies and hormonal balance should be restored, and the infection cured so that symptoms of the disease would cease to be so intense and the changes reversed so far.

In patients with multiple sclerosis, deficiencies of minerals, vitamins and other nutrients are almost always observed. The most common of these are deficiencies of vitamin D, zinc, magnesium, selenium and essential fatty acids. However, they also apply to other substances necessary for the proper functioning of the body. The reasons for these deficiencies may vary, ranging from a poor and poorly balanced diet; a strong demand for nutrients due to your chronic illness; the reason may also be the non-absorption of nutrients by the body. However, no matter what the cause of such deficiencies is, actions aimed at optimizing the body biochemistry should be taken. The more we align the biochemistry, the more your body will function more efficiently and its proper processes will be preserved.

To restore the body to proper functioning, a proper diet is necessary, along with supplementation with appropriately high doses of vitamins, minerals and antioxidants, as well as herbs that stimulate rebuilding of myelin.

In the case of autoimmune and demyelinating diseases, the best results are achieved by using the Paleo diet. The purpose of this diet is to stop consuming food with molecular structures similar to myelin in our bodies that could initiate an autoimmune process. Food that has been identified as problematic is dairy products, gluten and legumes. The correct diet is an integral part of recovery. Many of us belittle the way of eating, but if we do not exclude ingredients that harm us, the fight against the disease will be difficult. It is worth sacrificing and let’s see the effects of diet with time.

Proper supplementation in demyelinating diseases is described in the following protocols:

The protocol according to ASTHON EMBRA PhD is very popular. Extremely rich supplementation with appropriate vitamins, minerals and antioxidants will help relieve the mitochondria, reduce hypersensitivity of antibodies, fill up the deficiencies and restore the balance of organism. In the case of shortages of these components proper work of the nervous system and its regeneration is impossible.

This protocol is available in four parts. All parts should be used simultaneously. Supplements in the following packages depending on the product are sufficient for 1-3 months of therapy:

Particular attention should be drawn to the medicinal mushroom called Lion’s mane. Lion’s Mane protects the nervous system and supports its development and regeneration. It is known for its neuroprotective and neuroregenerative properties. It stimulates the NGF nerve growth factor necessary for poliferation and neuron survival, and stimulates the myelination process (production of myelin sheaths – responsible for protection and nutrition – around the axons of nerve cells). Lion’s mane is available here. 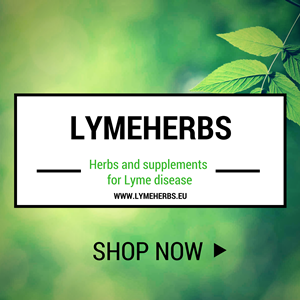